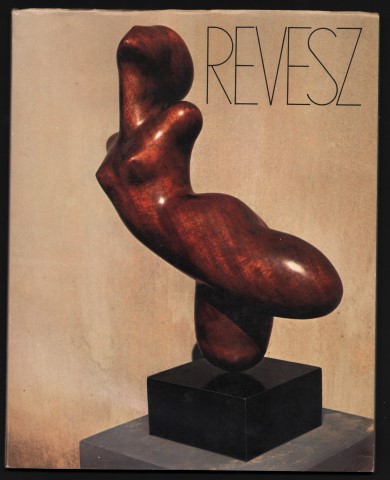 Large format. 30cms x 24cms. "Born in 1912 in Transylvania...Revesz began drawing at the age of six. He subsequently discovered cubism and constructivism on his own...In 1935-36, Revesz enrolled at the Accademie Scandinave under the direction of Despiau...From 1941-1943, Revesz had three exhibitions, each resulting in a growing success. In 1943 he was arrested and deported to a concentration camp in the Ukraine. He escaped in 1944. Upon his return home, he was met with the news that his whole family had been exterminated by the Nazis...In 1959, Revesz emigrated with his wife and son to Israel.... View more info