1st ed. "When in March 1957 Ghana became the first African country in colonial Africa to achieve Independence, the event was enthusiastically welcomed by millions of Africans and liberal non-Africans. Many people looked up to Ghana with hope, confidence and pride...The question then is, how it comes about that....the country deteriorated through a series of military coups that eventually led to the bloody revolution of June 1979." Pp.234, incribed by the author to fep, toning to pages. Black cloth, d/w has minor edge creasing. VG/VG. View more info

Angola in Perspective. Endeavour and Achievement in Portuguese West Africa.

1st edition. "The author begins his account with its discovery in 1482, when Diego Cao sailed up the river Congo and laid foundations on which the Portuguese hoped, for a time, to aid the native ruler to establish a negro monarchy on the lines of a contemporary European state..." Pp.272, 8 pages of black & white photos + folding map of Angola. Green cloth, dustwrapper slightly sunned to spine with rubbing to rear cover, and 3.5cms tear to top of spine, dustwrapper in a removable clear protective wrap. VG/G+. View more info

State of Emergency. The Full Story of Mau Mau. 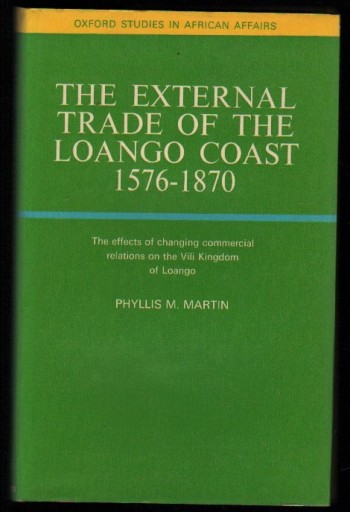 1st edition. Oxford Studiews in African Affairs series. The Effects of Changing Commercial Relations on the Vili Kingdom of Loango. "The Loango Coast lies between Cape Lopez in the North and the Congo river in the south. In the eighteenth century it was one of the most important sources of slaves for the Transatlantic Trade. This study traces the development of trade in the area, starting with the pre-slave trade era, following the story through the slave trade period, and looking briefly at the legitimate trade that had developed by the mid-nineteenth century. The book also focuses on the L... View more info

1st edition. "...covers the period 1870-1905, when the European powers (Britain, France, Germany, Portugal and Italy) divided the continent into colonial territories and vied with each other for control over vast tracts of land and valuable mineral resources. At the same time, it was a period during which much of Africa still had a history of its own. Colonial governments were very weak and could exist only by playing off indigenous forces. African politics to a large extent pursued their own policies, and played a large part both in opening up the continent to outside influences and in... View more info

The Making of Northern Nigeria. (with maps).

"First published in 1911, and here reproduced in facsimile, the work is now of particular importance for the information it contains on the history of the region, its study of contemporary life, and as an account of how European dominance was maintained in West Africa." Pp.x/306, 4 maps including one folding, owner's armorial bookplate to inside front board. Brown cloth, dustwrapper sunned to spine but has a removable clear protective wrap. VG/G+. View more info

Before the Dawn in Kenya. 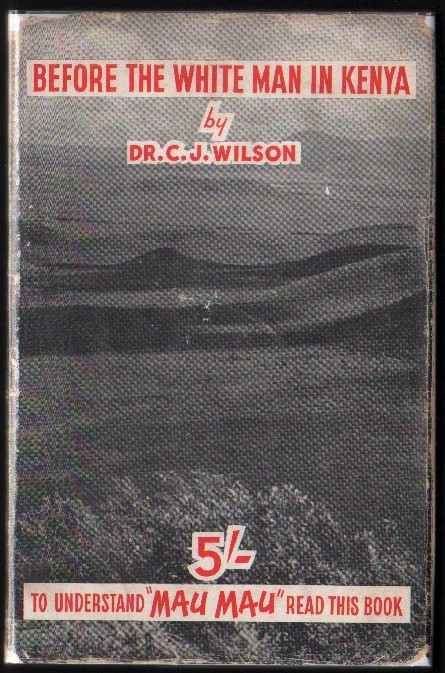 Before the White Man in Kenya.

Abridged edition of "Before the Dawn in Kenya". "Tells the gruesome story of what East African life was like before it was brought within the system of restraints demanded by European civilisation. Against this background Mau Mau, being a revolt against civilised restraints, wiil be seen as a reversal to a pattern of savagery which had existed through immemoral centuries." Pp.92, a few light marginal spots. Blue cloth, dustwrapper worn with small loss to top and taii of spine and corner tips but is in a removable clear protective wrap. G+/Good. View more info