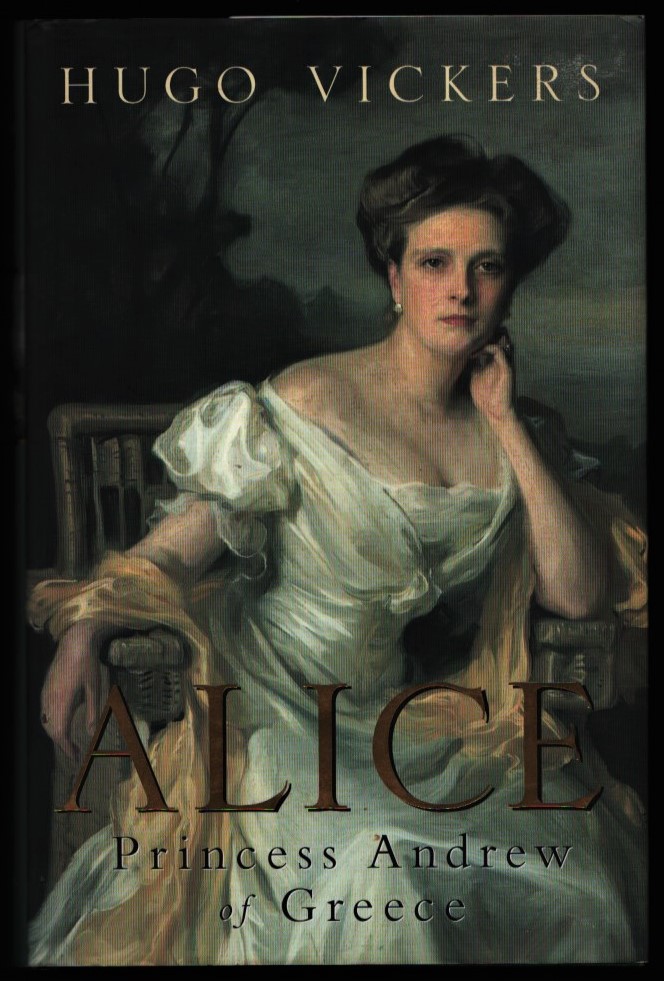 2nd edition. "Pricess Alice, mother of Prince Philip, was something of a mystery figure even within her own family...In 1903 she married Prince Andrew of Greece and Denmark, and from there her life was overshadowed by wars, revolutions and enforced periods of exile...The middle years of her life, which should have followed a conventional and fulfilling path, did the opposite. She suffered from a serious religious crisis and at the age of forty-five was removed from her family and placed in a sanatorium in Switzerland, where she was pronounced a 'schizophrenic paranoid'...." Pp.xviii/477, 40 black & white photo illustrations. Green cloth, dustwrapper. VG/VG.