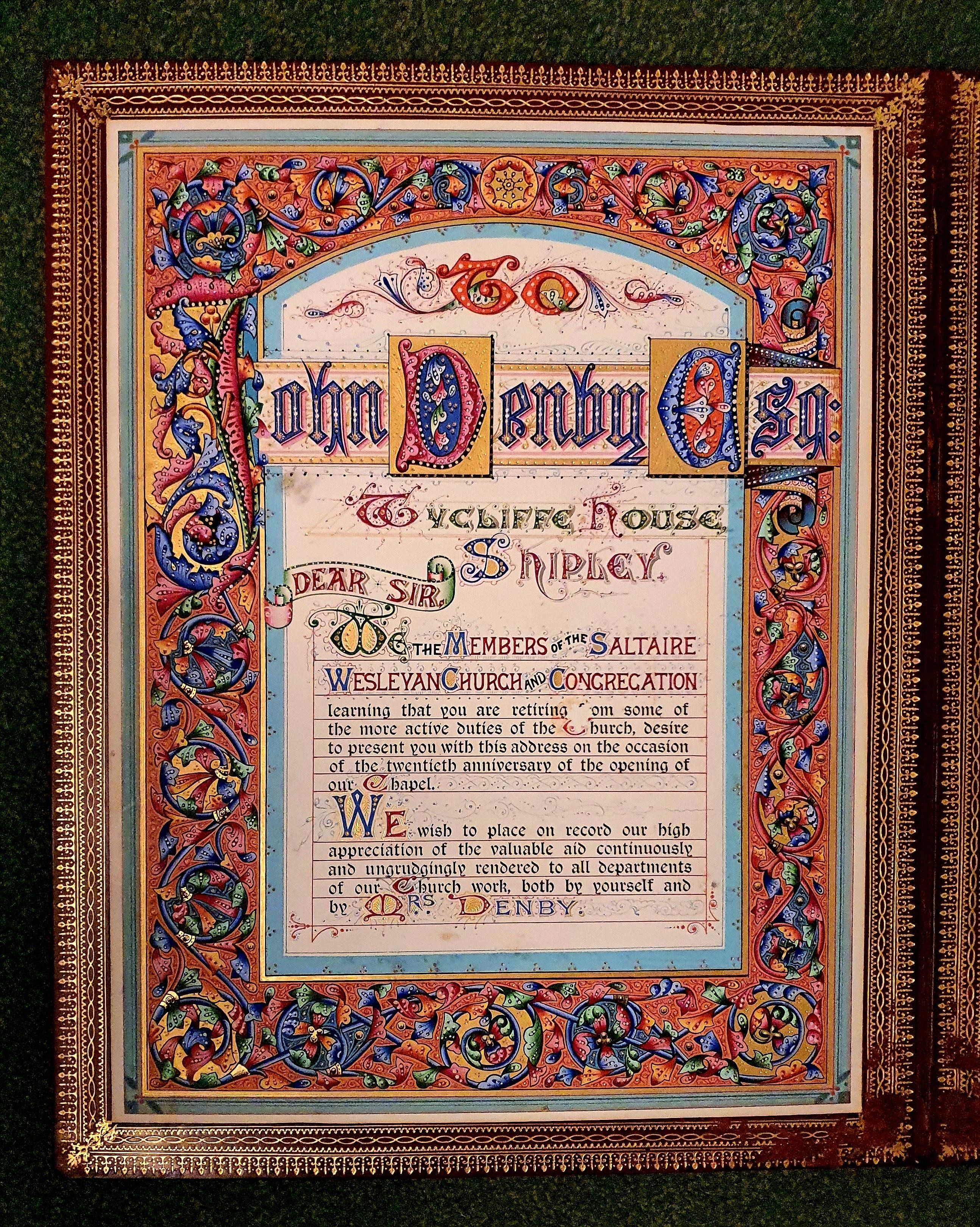 Illuminated manuscript address to John Denby Esq. of Wycliffe House, Shipley, West Yorkshire, from Members of the Saltaire Wesleyan Church and Congregation, marking the 20th anniversary of the opening of the chapel, and thanking Mr & Mrs Denby for their hard work and 'substantial help in the building of our beautiful sanctuary', dated 7 February 1888. Watercolour and gilt design with black calligraphic script, illuminated by William Lister, Bradford, bound in full calf lettered in gilt. ** Family history records show that when John Denby was born January 18, 1818 in Shipley, Yorkshire, his father, william, was 21 and his mother, Mary, was 20. He married Eliza Whitaker on 16 September 1851 in Baildon, Yorkshire. They had nine children in 17 years. He died on 23 March 1892 in his hometown at the age of 74. John Denby was a Worsted manufacturer. *** "Saltaire Wesleyan Church was opened in 1868 and was the only church permitted within the village by Sir Titus Salt besides the Congregational Church opposite Salts Mill.