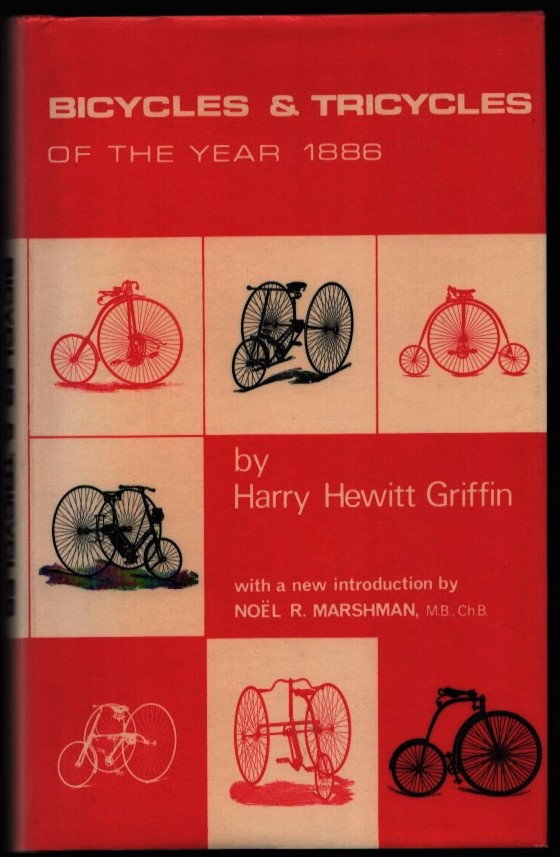 Bicycles & Tricycles of the Year 1886. (With an Introduction by Noel Marshman.

Limited edition facsimile of the ninth edition, a scarce book with no earlier edition being traced. Full title: Bicycles & Tricycles of the Year 1886: Being a Chronicle of the New Inventions and Improvements Introduced each Season, and a Permanent Record of the Progress in the Manufacture of Bicycles and Tricycles; Designed also to Assist Intending Purchasers in the Choice of a Machine. Illustrated. "In 1874 there were twenty firms listed which produced bicycles commercially and by 1879 this had increased to sixty firms....In 1880, six years before this catalogue, there were two hundred and thirty cycle clubs known, of which seventy were in London...." (Introduction). Pp.[3],60,89,20, facsimile figure illustrations throughout plus vintage advertisements, No.271 of a limited edition of 750 copies, owner's initials to front free endpaper but otherwise very clean and tight. Red cloth, dustwrapper, not price-clipped. A scarce book. VG/VG.

Title: Bicycles & Tricycles of the Year 1886. (With an Introduction by Noel Marshman.

Bicycles & Tricycles of the Year 1886. (With an Introduction by Noel Marshman.