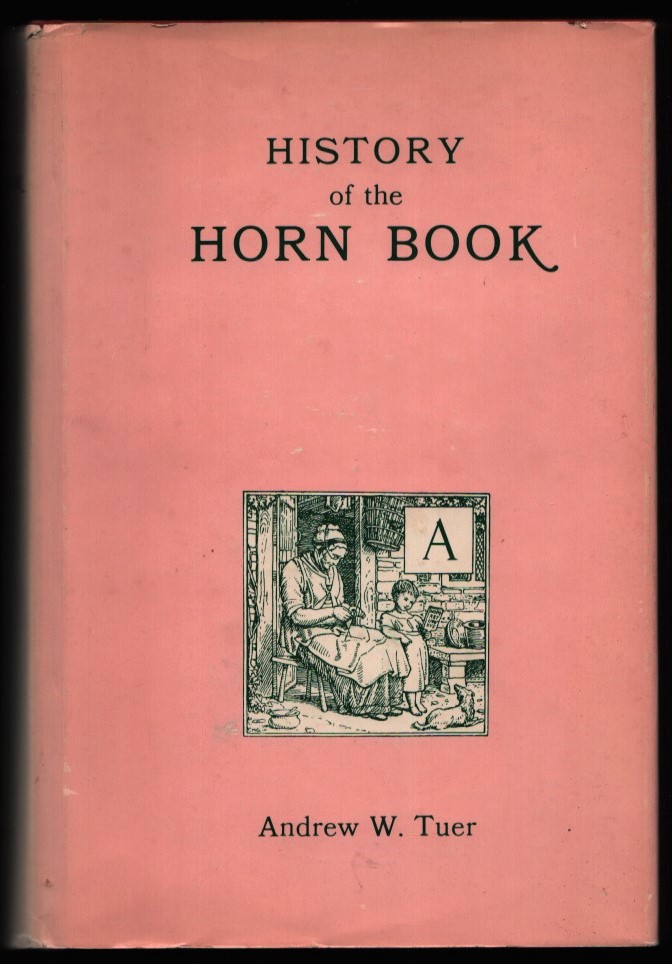 History of the Horn Book.

Originally published in 1897. Pp.xviii/486, many black & white illustrations throughout. Red clloth, dustwrapper is sunned to spine and has small edge tears to top and tail of spine and rear top edge. VG/G+. ** " A hornbook was a form of childrens primer common in both England and America from the late 16th to the late 18th century. A sheet containing the letters of the alphabet was mounted on a wooden frame and protected with thin, transparent plates of horn. The frame was shaped like a table-tennis paddle, had a handle, and was usually hung at the childs belt. The earliest sheets were of vellum; later they were of paper. They contained first a large cross, from which the hornbook was called the Christs Cross row, or crisscross row. The alphabet in large and small letters followed. The vowels then formed a line, and their combinations with the consonants were given in a tabular form. The usual blessingIn the name of the Father and of the Sonne and of the Holy Ghost, Amenfollowed, then the Lords Prayer, the whole concluding with the Roman numerals". (Enc.Brittanica).

Title: History of the Horn Book.

History of the Horn Book.