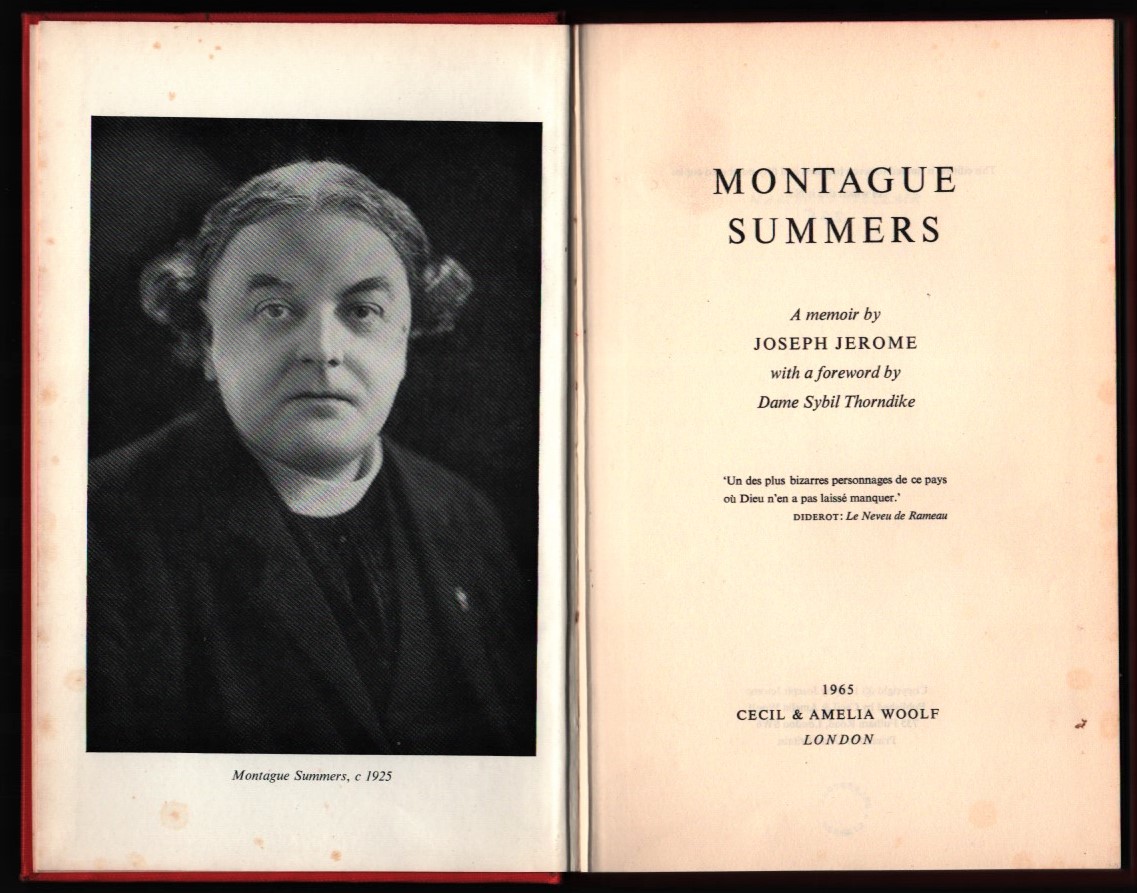 Limited edition. No,235 of 750 copies). Ex Library. Pp.xviii/105, black & white photo portrait frontispiece + cartoon illustration by 'Matt', limited edition number to copyright page, small library inkstamp to base of copyright page and 3.5cm ink line to front free endpaper, light spotting to edge of title and frontispiece. Red boards with gilt portrait cartoon to front board, gilt title to spine, library number and marks to base of spine. Scarce. G+.** "Augustus Montague Summers (1880 – 1948) was an English author and clergyman. He is known primarily for his scholarly work on the English drama of the 17th century, as well as for his idiosyncratic studies on witches, vampires, and werewolves, all of which he professed to believe in the existence of. He was responsible for the first English translation, published in 1928, of the 15th-century witch hunter's manual, the Malleus Maleficarum." (wiki).