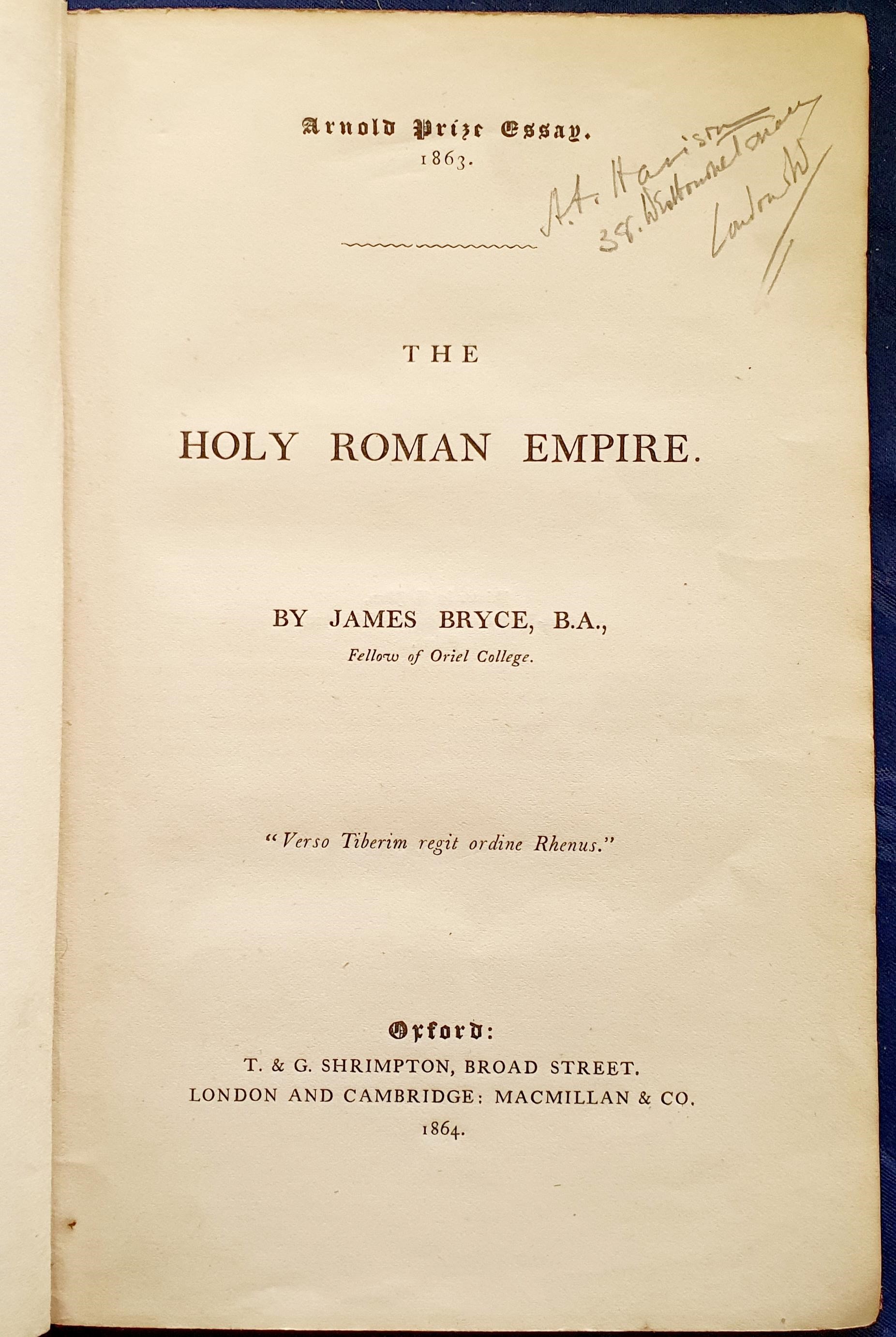 First Edition. A very good original cloth binding, carefully re-cased. 8vo. 9.0" x 5.75" x 0.5". [4pp.]/pp.176. Brown patterned boards. Edges lightly rubbed and corners bumped. Spine re-backed preserving the original spine and gilt titles: "The Holy Roman Empire - Bryce. - Oxford 1864." Original yellow endpapers. Inner hinges carefully strengthened with matching yellow paper. Small purple ink stamp to front endpaper: "The Times Agency Berlin." Light foxing to half-title, otherwise clean text throughout. Printed title page with previous owners details (in pencil): A. T. Harison..." Text ends with colophon: "Alden. Printer, Oxford." plus tipped-in "Errata." slip. VG. ** "James Bryce, 1st Viscount Bryce, OM, GCVO, PC, FRS, FBA (10 May 1838 – 22 January 1922) was a British academic, jurist, historian and Liberal politician. After his education at the Univ. of Glasgow and at Oxford, he practiced law in London for a short time before becoming professor of civil law at Oxford. He wrote significant works in several fields; the first of these was his History of the Holy Roman Empire (1864). He entered politics and became a leader of the Liberal party, occupying a variety of posts, including the presidency of the Board of Trade and the chief secretaryship of Ireland. His interest in sociology and philosophy is evident in the second of his great treatises, The American Commonwealth (1888), a classic that is still read and used. Bryce was ambassador to the United States from 1907 to 1913; he was one of the most popular ever to be in Washington, since his knowledge of Americans, as revealed in his writings, was profound. He was created a peer in 1914. His other major works are Studies in History and Jurisprudence (1901) and Modern Democracies (1921)." - See The Columbia Electronic Encyclopedia .