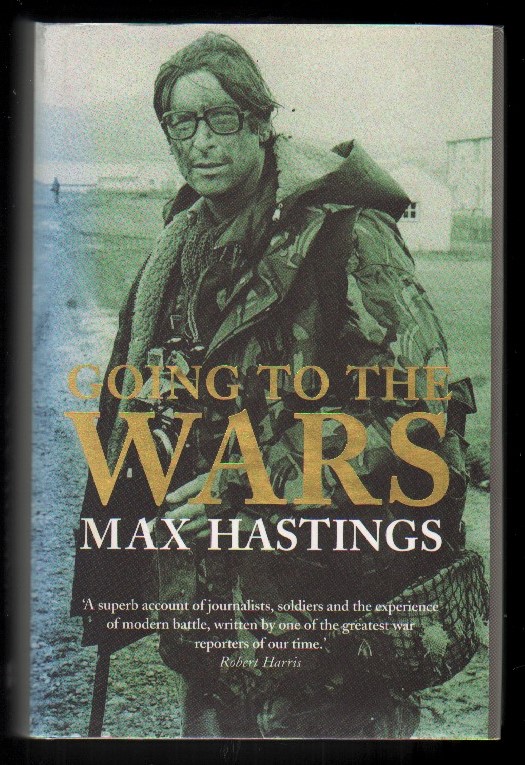 Going to the Wars. (signed).

Reprint. "Max Hastings grew up with romantic dreams of a life amongst warriors. But after an embarrassing false start as a parachute soldier in 1963, he became a journalist and a war correspondent instead. Before he was thirty he had reported conflicts in Northern Ireland, Biafra, Vietnam, Cambodia, the Middle East, Cyprus, Rhodesia, India and a string of other trouble spots...In 1982, when the Falklands crisis broke he was determined to take part in this final imperial adventure, sailing from Southampton with the South Atlantic Task Force....On 14 June, he walked alone into Port Stanley ahead of the British landing force, in pursuit of a last great scoop." Pp.xvi/400, 5 maps +16 pages of black & white illustrations, signed by Max Hastings to title page. Black cloth, dustwrapper. VG/VG.

Title: Going to the Wars. (signed).

Going to the Wars. (signed).