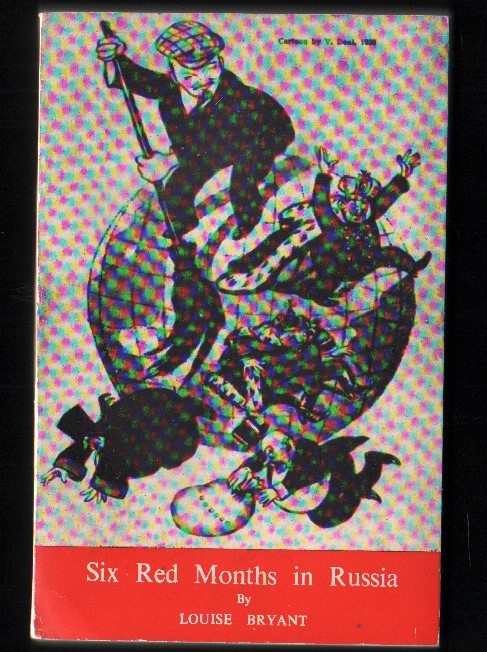 An Observer's Account of Russia Before and During the Proletarian Dictatorship, originally published in 1918. Pp.201,14 pages of black & white photos. Stiff card covers,wear to spine. G+.** LOUISE BRYANT (December 5, 1885-January 6, 1936) was an American feminist, political activist and journalist best known for her sympathetic coverage of Russia and the Bolsheviks during the Russian Revolution. Bryant traveled to Russia with her husband John Reed in August 1917. Her news stories appeared in newspapers across the United States and Canada in the years immediately following the First World War. A collection of articles from her first trip was published in book form as "Six Red Months in Russia" in 1918. Reed's book "Ten Days That Shook the World" was more successful but published after Bryant's account.