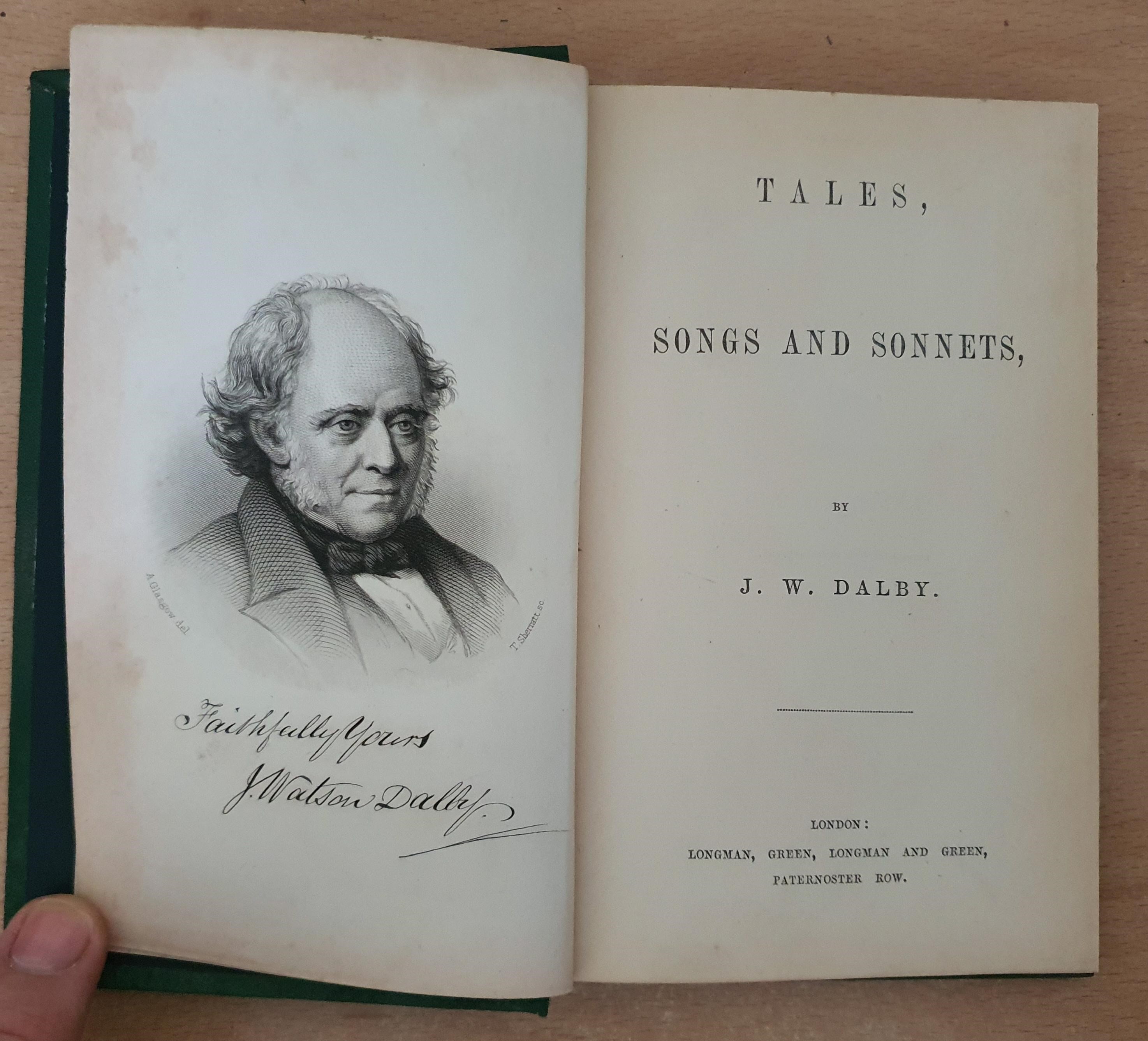 A very good original Victorian cloth binding. 8vo. 6.75" x 4.25" x 0.75". pp.8/pp.184. Green cloth over bevelled boards, with a few small blemishes. Edges rubbed and bumped. original black endpapers. Engraved portrait frontis. Clean English text throughout. Colophon to verso of the title and at the base of the last leaf: "Printed By H. S. Pratt, Sudbury." VG ** John Watson Dalby(1799-1880). In 1812 J. W. Dalby was placed with a bookseller in the West End of London. He was a contributor to and later editor of the Literary Chronicle, which in a review of his Poems (1822) describes him as laboring "under all the disadvantages of privation, disease, and domestic calamity." In 1828 the Literary Chronicle was incorporated into the Athenaeum, edited by Frederick Denison Maurice. Dalby met Leigh Hunt in 1834 and became a life-long friend and supporter. In later years he was acquainted with Keats's friend Charles Cowden Clarke." - See ENGLISH POETRY 1579-1830: SPENSER AND THE TRADITION . *** Publications include: Poems. 1822 ; The troubadour: a collection of original poetry. 1823 ; Death of Aquirre; Ianthe; A tale; Bodiam castle; Battle abbey, and other poems. 1825; The Historical keepsake: a series of original tales. 1836; Tales, songs and sonnets. 1865.