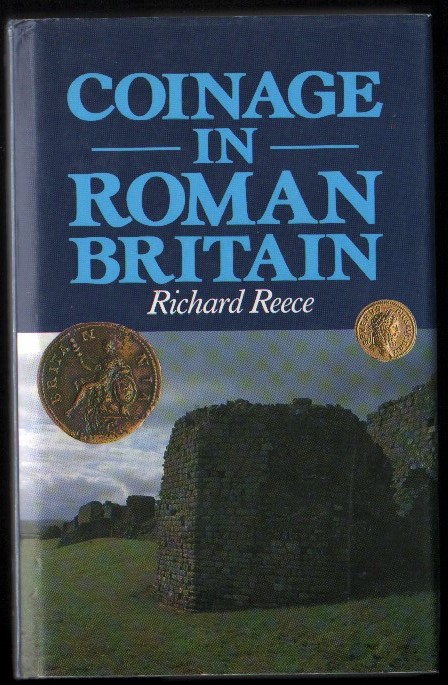 1st edition. "Roman coins are found in Britain either as hoards, single finds, or in groups of coins lost accidentally in Roman times. This book shows how both types of find can be interpreted as a unique source of information on the function and use of coinage in Roman Britain, as well as providing valuable evidence for the social and economic background and the relationship of Roamn Britain with the Empire as a whole." Pp.vi/144, 43 black & white photo illustrations + several figure illustrations. Blue cloth, dustwrapper has minor edge wear. VG/VG.